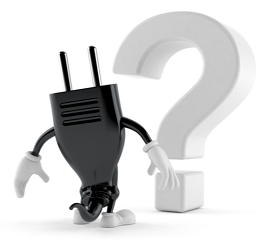 What Is A Power Cord ?

Below we will learn more about the power cord from many aspects.

The history of power cords

As early as BC, the Greek scholar Milly discovered the existence of “electricity”. In early 1600, the British doctor Gilbert formally wrote an article about the phenomenon of “electricity”. Later, the British Gray and French Dufie discovered electricity separately. The conductivity and insulation and electrostatic phenomena. The most famous in history is the kite experiment conducted by American scientist Franklin in September 1752, which proved that electricity exists in nature.

In 1831, British scientist Faraday discovered the “law of electromagnetic induction”, the discovery of current magnetic effects, and the proposal of electromagnetic theory, which laid the foundation for the widespread application of electricity and power cord in the later period.

In 1879, the American scientist Edison created the electric light, and the power cord has a wider application prospect in daily life.

In 1882, Edison created the first power transmission system, in New York, USA, he used copper rods wrapped in jute were placed in a hard pipe of bituminous substance.

In the 1880s, the invention of vulcanized rubber made the power cord take a big step towards modern development. Vulcanized rubber can be used as cable insulation material. Later, polyethylene and rubber were used as insulating materials. In 1906, an armored cable was manufactured. This cable has good protection to the conductor, but it is expensive.

In the 1950s, people began to use PVC (Polyvinyl chloride) insulated cables to this day.

Note: Some people use aluminum as a conductor to make power cords, which is very dangerous.

The reasons are as follows:

. High resistivity: the resistivity of aluminum cable is about 1.68 times higher than that of copper cable.

. Low strength: the allowable stress of copper at room temperature is 7 ~ 28% higher than that of aluminum. Especially the stress at high temperature, the difference between them is very far.

. No fatigue resistance: aluminum is easy to break after repeated bending, while copper is not. In terms of elasticity index, copper is also about 1.7 ~ 1.8 times higher than aluminum.

. Poor stability and easy corrosion: copper wire is resistant to oxidation and corrosion, while aluminum wire is easy to be oxidized and corroded.

. High calorific value: under the same current, the calorific value of copper cable with the same section is much smaller than that of aluminum cable, making the operation safer.

In addition, people also distinguish power cords according to the wires they are equipped with. Nowadays, the common wire/ cable information in various countries is as follows:

The leading suppliers of power cords in the world market

You can choose the appropriate manufacturer according to your different needs. Now the well-known power cord manufacturers in the international market mainly include:

Want to join the discussion?
Feel free to contribute!