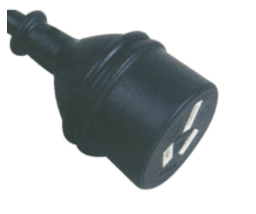 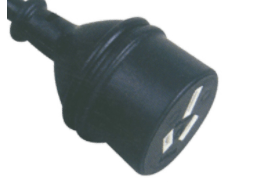 This is a non-rewirable 3-wire/ prong with wire grounding pin type I female plug/socket, Australian plugs and sockets are manufactured according to the AS/NZS 3112 standards of Australia and New Zealand. Used in Australia, New Zealand, Fiji and Papua New Guinea and other countries. The electrical standards for plugs and sockets are divided into 10A, 15A and 20A. The form of the plug is flat triangle similar to the China CCC standard, and the pins are arranged in the opposite direction. Certification agencies and testing agencies in Australia and New Zealand are mutually recognized and common. The plug testing standards of the two countries are also consistent.